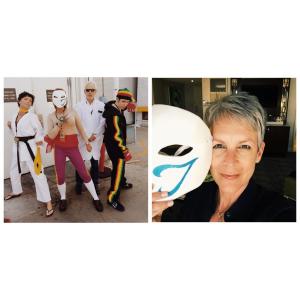 If you were at Evo this weekend, chances are that you may have seen movie star Jamie Lee Curtis and not realized it.

Jamie Lee came clean in tweet towards a clever disguise.

I gotta say. When famous crash your video game tournament. You are doing something good.

Update: I found this in my feed, too.